Actually, this maneuver could be described as a flip, as Joe Zajac will take up the vice president’s duties. 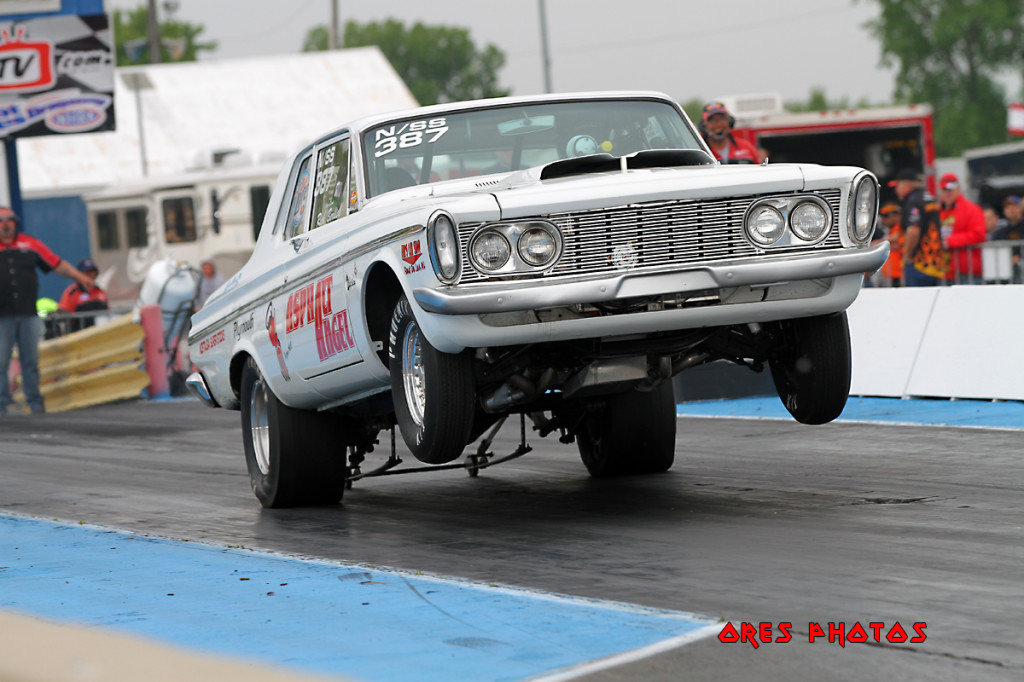 The Asphalt Angel 1963 Plymouth Belvedere features modern technology in a nostalgia package as clean and precise in performance as it is in appearance and workmanship. It is also the companion to another Nostalgia Super Stock Inc. member, John Grinwald and The Asphalt Elephant. Butch Henze of Watertown, WI is crew chief for both cars. 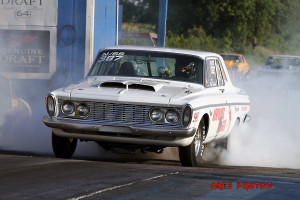 A veteran restorer, Berlisk in partnership with Grinwald, won Best of Show three years with three different cars over a six-year period at the Mopar Nationals. In addition, Berlisk’s 1971 Demon was the first car to ever have been gold-certified twice.

Frequenting drag strips since 1966, Berlisk first drove the Asphalt Angel in 2002. A hunter in his spare time, Berlisk, whose nickname is ‘Cherry Bomb’, now concentrates on racing. “We went from the show scene to the go scene,” he said.

Factory-built as a 6-cylinder, the Asphalt Angel was rolled 32,000 road miles before becoming a race car in 1967 / bought in Minnesota from Fred Engelhart as a 14- second Pro ET bracket car / driven by Grinwald for five years before being rebuilt for NSS / “It was so white and pure we started calling it The Angel,” said Berlisk.

The engine was specially built and is maintained by Jeff Wick at Jim’s Car Shop in Fond Du Lac, WI. The dyno tuning was done by Ted at Opel Engineering in Streamwood, Il. The transmission was built and maintained by Jim Ruch at Rush Performance Transmissions in Kenosha, WI. 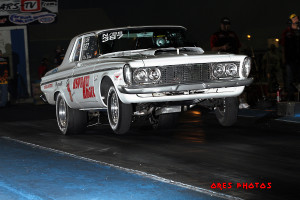 “My most memorable time was at the GoodGuys event 2009 held at Bowling Green, Ky. where my last six passes there the car 60-footed on the rear tires each run,” said Berlisk. “A curious spectator came directly from the stands and asked; ‘How do you steer when your front tires are four plus feet in the air?’

“I didn’t know what to say. The most fun time was the last Goodguys held at Bowling Green in 2010. The Geezer Gasser bunch converted one of their 48-foot trailers into a disco ballroom, complete with disco ball lighting, music and all the trimmings. If you ever see John Grinwald, ask him about it.”

In addition, to his engineering and business skills, Berlisk has learned a magnum of management methods from his work as union representative and contract negotiator during his Miller career.

With Berlisk holding the gavel and the veteran Zajac next to him, the members and fans of Nostalgia Super Stock can look forward to more and better ‘heads-up’ match race action in the years ahead.

“First let me thank the past officers, along with past and present members for keeping real drag racing alive.”

“Second let me say that it will be an honor to preside as President of NSS Inc. The organization has a great group of racers, family members and friends. Our veteran members, along with the newer members, keep our match race heads-up program thriving with enthusiasm and I know this will carry us for many years to come.”