My 1969 Cuda street car 417 smallblock 4 speed with a procharger.  built the headers, engine brackets, etc. getting ready to take back apart and start body work. 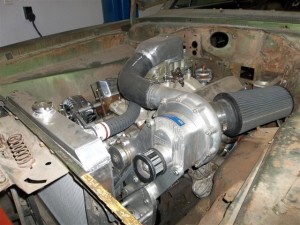 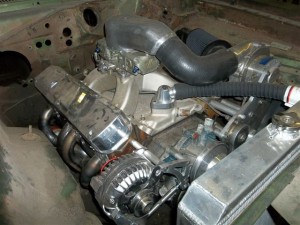 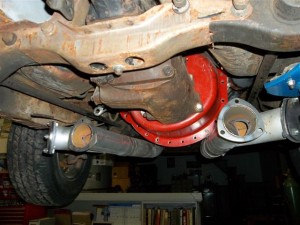 Gold Digger makes it’s match racing debut at Cordova Raceway on October 12th, 2013. My opponent was the Arnie the Farmer Beswick 1966 Pontiac owned and driven by John Holms. It is an injected and blown alcohol Pontiac with a major engine set back. John sits waaaay back in the car. (you can see his helmet by the rear window on our side by side picture in the scan) This Pontiac is a piece of history as Arnie himself raced this car back in the day.  The Beswick funny car was too much for me that day as John Holms and his car won 2 out of 3 in the match race. I won 1 on a double red light as I left after he took off. He was so early his time did not register. (time slip in the scan)  The Beswick car ran a best of 8.65 to my best of 8.70. I would like another crack at him.   Thanks to all that helped on this two year project. I’m excited to get the car out next year and hope you can come and watch. 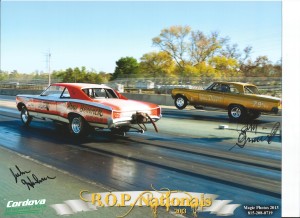 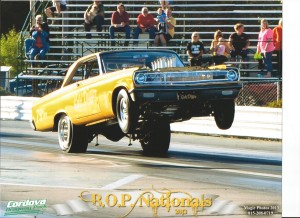 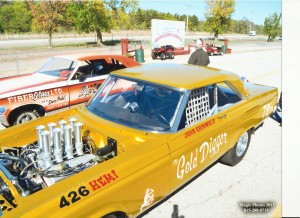