OK another weekend is in the books. We had a decent turnout (13 cars) for the Funny Car Chaos at Central Illinois Dragway in Havana ILL. The weather was great – near ninety both days, definitely more manageable then the previous week at Byron. It’s nice to at least not get rained on. We made a pass Friday night at 9 pm and all participated. We were scheduled to do three on Saturday but as it turns out it was shortened by one. From my perspective we all had a fun outing.  We even had live entertainment Saturday evening after racing at our “Circle Gathering”. Oh I forgot to mention it was our own comedian Mark Mullarky who kept us entertained well after 1am. Thanks for the laughs, Mark.

I would like to thank the drivers that participated; Dan Janke, Milt Schreindl, Craig Schreindl, Spence Schreindl, Doug Henderson, Bob Durling, John Rousset, Jim Brandon, Dennis Sherer, Howard Crull, Gene Devening, Gary Schackow and Rich Berlisk. As always these guys put on a hellava show. Also thanks to Larry Brennan for helping me out in setting up pairings and coordinating with the tower. Also thanks to our BUGS Amy Lowis, Savannah Pruitt, Ashley Flairity and Allison Bell for their part as well as Mark Mullarky , Renee Schreindl  and Sherm Devening also on starting line duties. Also in attendance:

Alicia Henderson is still doing a great job on selling T-shirts. Next time you see her just give her a big thanks! 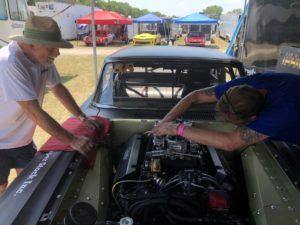 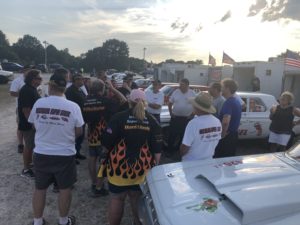 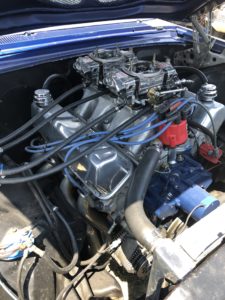 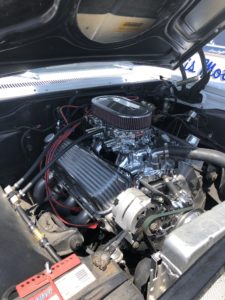 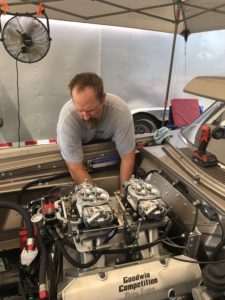